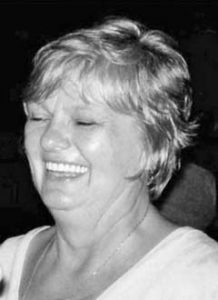 Donna Mae Matherly, age 65, of Lawrenceburg, TN passed away Friday, June 22, 2018 at her residence. She was a native of Duluth, MN, and a guard for Allied Security.

She was preceded in death by her parents, William and Eleanor Larum Francis; her husband, Johnny Matherly; and one grandchild, Jazz Simpson.

Funeral services for Donna Mae Matherly were conducted at Neal Funeral Home at 1:00 p.m. Tuesday, June 26, 2018, with Richard Anderson officiating. Interment followed at Wesley Chapel Cemetery in Lawrenceburg, TN. Condolences may be sent by way of our website at www.nealfuneralhome.net.