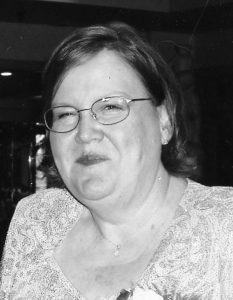 She was a native of Lawrenceburg, TN, former employee of Spiegel, and a member of Good Shepherd United Methodist Church in Barlett, IL.

She was preceded in death by her mother, Vivian Durham Ingram; and one brother, Michael Ingram.

Funeral services for Carol Ann Verde were conducted at Neal Funeral Home at 3:00 p.m. Sunday, July 8, 2018, with Kevin Marston officiating. Condolences may be sent by way of our website at www.nealfuneralhome.net.