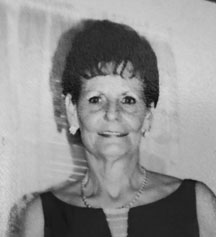 Linda was born October 30, 1945, in Lawrenceburg, the daughter of the late Andrew Harrison Gray and Dora Foster Gray.  She was the wife of the late Richard “Dickie” Henderson, Sr.

Linda was a graduate of Hampshire High School.  She had worked at Kay Windsor for several years and served as a union steward there. She also worked at Dura Automotive for a number of years. She was a hard worker who took care of everyone.  Linda was quite opinionated and didn’t mind to let you know what she thought.  Her favorite pastime was to sing karaoke at the VFW, especially loving to sing Merle Haggard songs. Linda was a member of the Church of Christ and attended Leoma Church of Christ for many years.

In addition to her husband and parents, she was preceded in death by her siblings: Jewell Wilkerson, Patricia Henderson and David Gray.

Williams Funeral Home is assisting the family with arrangements.  Online condolences may be sent to williamsfh.com.