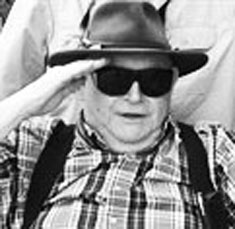 Allen was born on November 11, 1932 in Long Island, New York. He was the son of Hamlett and Freda King.

He was a veteran, retired from the Air Force. He was a man of his word and he would always strike up a conversation with anyone he was so outgoing and friendly. Even with his age and disability he could keep up with men half his age. He is deeply missed and always will be in our hearts and we are so grateful for the many, many beautiful memories that will forever be treasured.