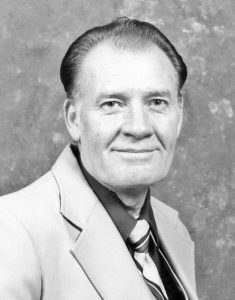 He was a native of Haskell County, OK, retired from Kmart, and of the Baptist Faith.

Graveside services and interment for Robert Lee Patton were conducted at OK Cemetery at 3:00 p.m. Friday, July 13, 2018, with Tim Cunningham officiating. Condolences may be sent by way of our website at www.nealfuneralhome.net.