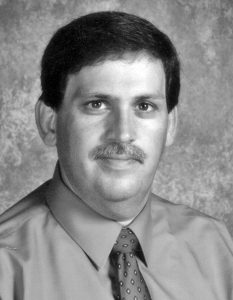 Lane Clark Toney, 53, of Lawrenceburg, TN went home to be with his Lord and Savior, July 7, 2018 after a heroic battle with cancer.

Lane was born in Lake Providence, LA on April 30, 1965 to Wesley and Allie Toney. He married the love of his life Deonna Davis on December 23, 1991. Lane graduated from Yazoo City High School in Yazoo City, MS and received a Bachelor of Music Education from The University of Southern Mississippi in Hattiesburg, MS. Lane was the beloved band director at E. O. Coffman Middle School and assistant band director at Lawrence County High School in Lawrenceburg, TN. He was also a member of Middle Tennessee School Band and Orchestra Association, a member of the Foster Party of 8 horn line, and a member of the praise team at New Prospect Baptist Church.

He will be missed by family, friends, students and colleagues as he loved and was loved by many. He frequently challenged his students, “Be the best you can be and that will be good enough.”

Lane was preceded in death by his father Wesley Joe Toney and sister Libby Dawn Toney.

It was Lane’s heartfelt desire to provide a way for all students to have the opportunity to learn music and purchase band instruments and therefore has asked that in lieu of flowers, donations be made to the Music Makes the Difference Fund at  https://www.gofundme.com/music-makes-the-difference.

Memories and condolences may be shared with his family at https://www.nealfuneralhome.net/ or on The Legacy of Mr. Toney Facebook group at https://m.facebook.com/groups/166036054071757.