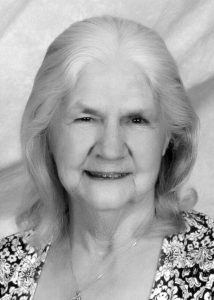 Born on June 7, 1934 in Landersville, Alabama, Martha was the daughter of the late Edward Lane and the late Leona Chaney Lane. She was a member of Unity Baptist Church in Summertown. Martha was married to Marion Levi Cornelius for fifty-eight years; he preceded her in death in February 14, 2008. She loved country music, and was an avid Loretta Lynn fan. Martha enjoyed gardening and planting flowers, as well as, going to yard sales and making trips to Goodwill. She loved her family, especially her grandchildren.