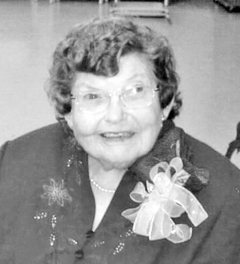 Betty Jo was married to her one true love, Andy Stewart. They were like two peas in a pod, sharing a love of old cars, congregation singings, church, and family. They were members of Midway Church of Christ for most of their life and in later years worshiped at Salem Church of Christ. Andy and Betty Jo celebrated 56 years of marriage in January of this year.

Betty Jo was born on September 26, 1934 in Lawrence County Tennessee. She was the daughter of Silas Orton and Lester Harris Orton of Center/Henryville area. During her young years she was well known  for her incredible cooking skills. She was especially known for: amazing yeast rolls, dumplings, butternut cake, M&M Cookies and assorted pies. She won many cooking events and had recipes printed in the newspapers.  In the last few years many people were blessed to experience her Chocolate Muffins and Crockpot Candies which she and Andy delivered to shut-ins and friends throughout Lawrence County.

Condolences may be sent by way of Pettus-Turnbo website at www. pettusturnbo.com. Cards and letters to Andy Stewart can be sent to: Andy Stewart, c/o NHC Columbia, 101 Walnut Lane, Columbia TN 38401