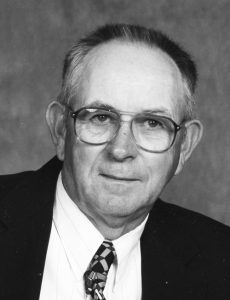 He was a native of Lawrence County, TN, a carpenter, a farmer and a member of Pleasant Valley Church of Christ.

He was preceded in death by is parents, Emmitt and Tina Bell Henson Faulkner; his wife, Mary Evelyn Attkisson Faulkner; one brother, E. D. Faulkner; and one sister, Sadie Faulkner.

Funeral services for Herbert H. Faulkner were conducted at Neal Funeral Home at 11:00 a.m. Wednesday, August 8, 2018, with Denny Hood officiating. Interment followed at Chapel Grove Cemetery in Lawrence County, TN. Condolences may be sent by way of our website at www.nealfuneralhome.net.