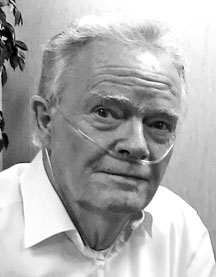 James Howard Smith, age 75, of Lawrenceburg, passed away on July 31, 2018 at his residence with his loving wife of fifty-seven years by his side.

James was born on October 27, 1942 in Keiser, Arkansas to the late John and Lucille Smith. He was a member of the Gandy Church of Christ. He enjoyed coaching baseball, playing and watching golf and was an avid Atlanta Braves fan. He was the assistant manager of Lawrenceburg Grain Elevator as well as assistant manager of Lawrence County Coop. James also served as Lawrence County Assessor of Property. He was a member of the Gandy Community Club.

In addition to his parents he was preceded in death by his son, James Darrell Smith, great granddaughter, Cecilia Bowen and sister, Mary Francis Clanton.

The family will visit with friends on Friday, August 17, 2018 from 5:00 pm until 8:00 pm at Gandy Church of Christ. A memorial service for James Howard Smith will be held on Saturday, August 18, 2018 at 11:00 am at Gandy Church of Christ with Bro. Larry Murdock Officiating. Williams Funeral Home is assisting the family with arrangements. Online condolences may be offered at www.williamsfh.com.