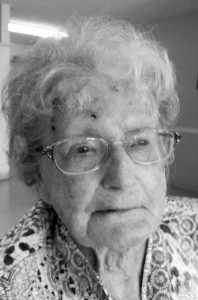 She was a native of Lawrence County, a homemaker, and of the Baptist faith.