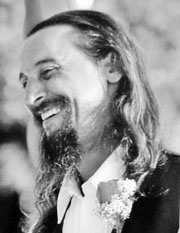 He was of Church of Christ faith.

He was preceded in death by his brother, Jeremy White.

A funeral service for Michael Shane Haislip were held at Union Hill Church of Christ on Buffalo Rd. at 1:00 pm on Thursday, August 2, 2018 with Bro. Phillip Patton officiating. Burial followed at Union Hill Cemetery. Condolences can be sent to www.pettusturnbo.com Arrangements by Pettus-Turnbo Funeral Home.