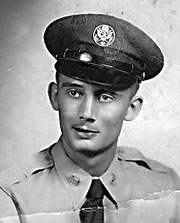 Paul Edward Williams, 82, a former resident of Lawrence County, died after a short illness at his residence in Trenton, GA on Friday, August 3, 2018.

Paul graduated from Loretto High School in 1954 and spent four years in the USAF where he served as a Control Tower Operator at Andrews AFB in Washington, DC and in Presque Isle, ME.  He retired from Air Products and Chemicals in Atlanta, GA.  He maintained his pilot’s license for many years and enjoyed travel and spending time with his family.

He was preceded in death by parents William ‘Grover’ and Lonie Box Williams, two brothers Alton and Carthol Williams.

A celebration of life service for Paul Edward Williams was observed on Wednesday, August 8 for immediate family.