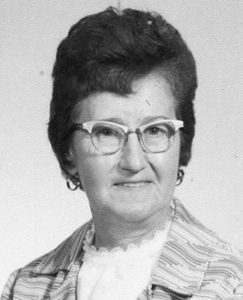 She was a native of Wayne County, TN,  a homemaker, and a member of Deerfield Church of Christ.

Funeral services for Sally Lee McNutt were conducted at Neal Funeral Home at 4:00 p.m. Sunday, August 5, 2018, with David Smith officiating. Interment followed at Pleasant Grove Cemetery in Lawrence County, TN. Condolences may be sent by way of our website at www.nealfuneralhome.net.