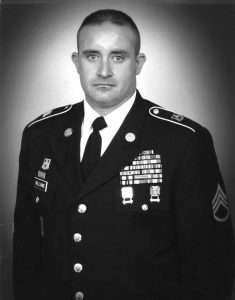 SSG Joshua Eugene Williams, age 37, of Lawrenceburg, passed away Monday, July 23, 2018.  He was a native of Sikeston, MO, attended United Church, and a member of Enlisted Association of the National Guard in Tennessee.

He was preceded in death by his father, Kenneth Williams.

Funeral services for SSG Joshua Eugene Williams were conducted at Neal Funeral Home at 10:00 a.m. Thursday, August 2, 2018, with Tony Morgan officiating. Military honors followed at the National Guard Armory in Lawrenceburg. Family requests memorials be made to the Josh Williams Memorial Fund for Veterans at the Bank of Frankewing. Condolences may be sent by way of our website at www.nealfuneralhome.net.