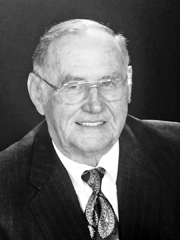 William Joseph Hollman, 85, of Loretto, TN, went home to our Lord and Savior on August 17, 2018, after a lengthy illness.

In lieu of flowers, the family requests that donations be made to Sacred Heart Catholic Church in Loretto, TN. Greenhill Funeral Home in charge of arrangements.

The family would like to send a special thanks to Caris Hospice, the staff of NHC- Scott Nursing Home, and Home Instead for all their care and support during this time.