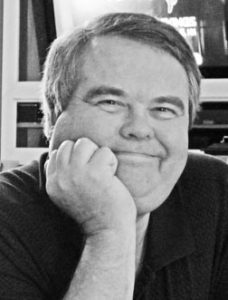 Tom was a graduate of Tullahoma High School, earned an Associate of Science degree from Motlow State Community College where he was a class valedictorian and received the President’s Award. He earned his bachelor’s degree from the University of Tennessee at Martin, and his doctorate in Dental Surgery from the University of Tennessee Center for Health Sciences in Memphis.

Tom began his career in dentistry in Hendersonville, TN. Every holiday he put on the appropriate costume and visited a health care center to bring some joy to the patients. Tom also became a member of the Hendersonville’s “Big Brother” organization. Due to health issues Tom closed his practice and he and Janet moved to Murfreesboro. Tom was an avid fisherman. He also enjoyed woodworking, cooking, tennis and golf. He was a joyful soul who lived his life to the fullest. His love, laughter and smile will live on in the hearts of everyone who had the privilege of knowing him.

A Celebration of Life Service for Jerry Thomas “Tom” Jones will be held in his memory at the First United Methodist Church’s Family Activity Center on Saturday, September 15, 2018 at 2:00 p.m. in Tullahoma, TN. Visitation with the family will immediately follow the service in the Center’s dining room. In lieu of flowers, those who wish may donate in his name to Special Kids, 2208 East Main Street in Murfreesboro, TN 37130 or the Youth Ministry Program, First United Methodist Church, 208 West Lauderdale Street, Tullahoma, TN.