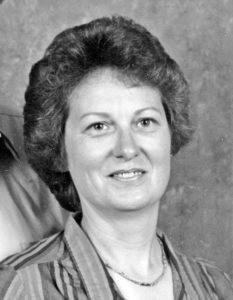 She was a native of Lawrenceburg, TN, and retired from Vilex.

She was preceded in death by her parents, Joe Lee and Alma Howard Johnston; her husband, Alden Lee Jones; two brothers, Huford Johnston and Willie Bruce Johnston; and one sister, JoAnn Johnston Gooch.