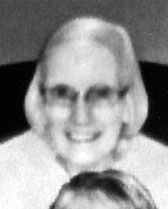 She was a native of Hickman County and grew up in Giles County. She was a 1954 graduate of Giles County High School.

Her parents were the late Clarence W. and Ruth E. Austin-Jones and her husband was the late Jimmy Cox. She was also preceded in death by her sister, Dorothy Jean Jones-Locke and her brother, James Jones.

She is survived by her son: Ray Cox and wife Kim, of Lawrenceburg; her brother: Paul Jones and wife, Jonell of Pulaski; her sister-in-law: Elise Jones; her five nieces; her one nephew; her granddaughters: Brooklyn Bunt and Jessica Haun; and her great grandchildren: Oliver Bunt and Ella Grace Haun.