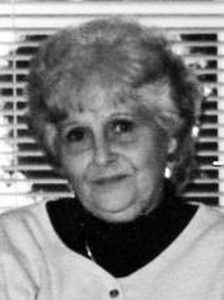 She was a native of Lawrence County, TN, and retired from Jones Apparel.

She was preceded in death by her parents, Willie Andrew and Lillie Hall Faulkner; and three brothers, Vernon Faulkner, Bobby Faulkner, and Allen Faulkner.

Funeral services for Flossie Faulkner Williams were conducted at Neal Funeral Home at 2:00 p.m. Wednesday, September 5, 2018, with Mickey Brackin officiating. Interment followed at Old Ethridge Cemetery in Ethridge, TN. Family suggests memorials be made to the Arthritis Foundation, 209 10th Avenue South, Suite 123, Nashville, TN  37203. Condolences may be sent by way of our website at www.nealfuneralhome.net.