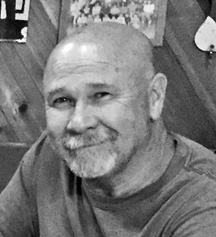 Rick was a loving husband, father and stepfather.  He loved to joke, play his guitar and spend time with his family.  Rick was a decorated army veteran and guarded the wall in Germany during the Cold War.  He also spent time in Iraq during the Global War on Terror as a civilian contractor.

He was a graduate of Columbia State Community College and attended Middle Tennessee State University.

He was preceded in death by his father Joe Dean Stewart and brother Curtis Selle.

The Military Burial Service for Richard Leon Stewart were held Tuesday, September 18, 2018 at the Middle Tennessee Veterans Cemetery in Nashville, TN at 10:00 AM. Neal Funeral Home, 231 N. Military Ave., Lawrenceburg, TN is in charge of the arrangements.