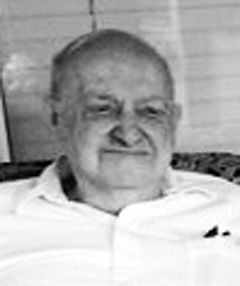 He was a native of Bonnertown, TN, a member of Maysville Baptist Church, a 50 year 32nd Degree Mason and Member of the Order of the Eastern Star in Commerce, GA.

Funeral services for George Elmon Wilson were conducted at Neal Funeral Home at 11:00 a.m. Saturday, September 22, 2018, with T. R. Williams officiating with a Masonic Service to follow. Interment followed at Freemon Cemetery in Leoma, TN.  Condolences may be sent by way of our website at www.nealfuneralhome.net.