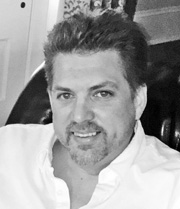 Jody was a Med Flight Paramedic in Alaska and a licensed Respiratory Therapist.  He was of the Christian faith.

He was preceded in death by his mother: Jane Beckman Peters.

He is survived by his father: Joel C. Peters, Jr.; and daughter: Savanna Peters.

There will be a private family graveside service. Greenhill Funeral Home is in charge of arrangements.