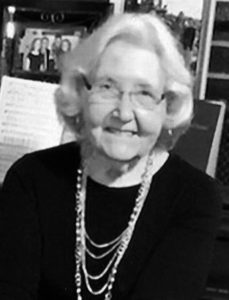 Frances Virginia Harris, age 84, of Lawrenceburg, TN passed away Saturday, September 29, 2018 at NHC Healthcare of Scott in Lawrenceburg, TN. She was a native of Loretto, TN, retired from Lawrence County Board of Education, and a member of Lawrenceburg Cumberland Presbyterian Church.

She was preceded in death by her parents: Jim and Fairy Morphew Plunkett.

Funeral services for Frances Virginia Harris were conducted at Neal Funeral Home at 2:00 p.m. on Monday, October 1, 2018. Interment followed at Mimosa Cemetery. Neal Funeral Home was in charge of all arrangements. Condolences may be sent by way of www.nealfuneralhome.net.