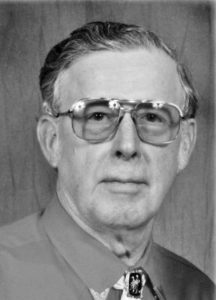 Mr. Ayers departed this life on Thursday, September 27, 2018 at Waynesboro Health and Rehabilitation Center in Waynesboro, Tennessee at the age of 95 years, 1 month, 17 days. A U.S. Army veteran, he served in Europe during World War II receiving numerous awards. Mr. Ayers was retired from USDA Soil Conservation Service as a soil conservation technician. He was married to Maxine Kelso Ayers on October 9, 1949

In addition to his parents, Mr. Ayers was preceded in death by a sister, Faye Melson.