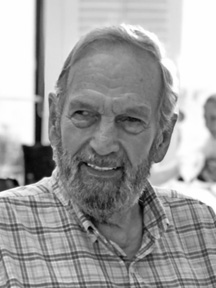 Chuck was born on July 8, 1937 in Lawrenceburg, TN. He graduated Lawrence County High School in 1955. He earned his undergraduate degree in Electrical Engineering at Northeastern University and a Master of Science in Manufacturing Engineering from Boston University. He worked at Raytheon Company as an engineer from 1959 to 1970, where he managed the Apollo Manufacturing Program and the Missile Systems Division Manufacturing Programs, among others. During the 1970’s he worked as a leading outdoor furniture manufacturer and distributor as well as owned six other companies, spanning a wide-range of businesses, including consulting. Since 1980, he was involved in the health care services industry. This work culminated in 1983 when he began serving as CEO of an Assisted Living facility in Marshall, VA, Marshall Manor. He grew this into a business, Amerisist, formerly known as America House, fulfilling a lifelong dream to provide a home away from home for seniors.

His family and friends remember him as wise, humble, honest, and strong. He was welcoming to others and his generosity had no bounds. He was always available for a nice dinner and a variety of conversation; he was curious about all subjects and would especially light up when discussing business ventures, not necessarily his own. His knowledge of science and history were vast but he was most concerned with knowledge of the Lord and what He wanted him to do next. He was an active and dedicated member of the Living Hope Evangelical Church; he and Deborah shared in their faith, an important part of his identity and their marriage.

A Memorial service for Charles V. Rice is to be held on November 3, 2018 at 11am at Greenwich Presbyterian Church (Main Sanctuary), 15305 Vint Hill Rd., in Nokesville, VA, with a catered reception to follow at the Rice residence. Pastor Tim MacGowan will officiate the ceremony.  All are welcome to attend and celebrate Chuck’s life. The family would like to thank Capital Caring for their loving aid and for making it possible for him to remain at home. Please contact: Roxanne Rice, roxannerice@comcast.net, for more details.