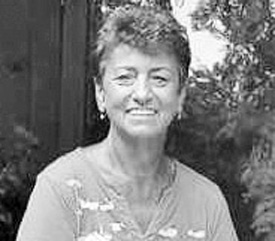 She was a native of Lawrenceburg, TN, retired from Jones Apparel and of the Baptist Faith.

She was preceded in death by her parents, Earl and Fronia Qualls McDaniel.

Funeral services for Donna Faye Faulkner were conducted at Neal Funeral Home at 11:00 a.m. Wednesday, October 17, 2018, with Bobby Gobble officiating. Interment followed at Lawrence County Memorial Gardens in Lawrenceburg, TN. Condolences may be sent by way of our website at www.nealfuneralhome.net.