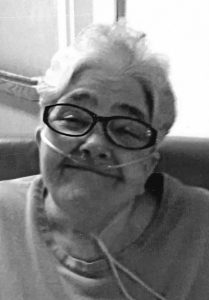 The bubbly, highly opinionated, strong-willed woman we knew as Mary came into this world on February 5, 1945, to the late James Moss and Ezra Johnson. Mary was a unique person never swayed by the crowd. She was a fierce friend because of her ability to listen and her overall good nature and kind demeanor to strangers.

She was preceded in death by her daughter Marie James.

Funeral services for Mary Francis McNabb will be held on Wednesday, October 17, 2018, beginning at 10:00 am at Williams Funeral Home in Mt. Pleasant, TN. The family will receive friends from 8:00 am until service time. Burial will follow at Hines Henson Cemetery in Hohenwald, TN.

Williams Funeral Home is in charge of all arrangements. Condolences may be sent by way of  www.williamsfh.com.