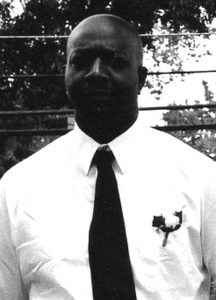 Robert Reed, age 58, of Lawrenceburg, TN passed away Sunday, October 7, 2018 at his residence.

He was a native of Lawrenceburg and a former employee of Murray Ohio.

He was preceded in death by his father: Edward Rhodes; his mother: Betty Jean Reed; two sisters: Beverly Reed Dickerson and Sandra Reed; and one brother: James Reed.

Funeral services for Robert Reed were held at Neal Funeral Home at 2:00 p.m. on Thursday, October 11, 2018 with Michael Johnson officiating. Interment followed at Lawrence County Memorial Gardens. Neal Funeral Home was in charge of all arrangements. Condolences may be sent by way of www.nealfuneralhome.net.