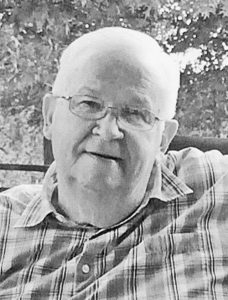 He was a native of Lawrence County, retired from Equifax, and attended New Prospect United Methodist Church.  Mr. Bottoms served his country in the U.S. Air Force.

He was preceded in death by his parents, Floyd and Lillie Mae Odem Bottoms.

Funeral services for  Jackie Bottoms were conducted at Neal Funeral Home at 1:00 p.m. Friday, October 26, 2018, with Billy Beal officiating. Interment followed at Lawrence County Memorial Gardens in Lawrenceburg, TN. Family suggests memorials be made to the Lawrence County Public Library or New Prospect United Methodist Church. Condolences may be sent by way of our website at www.nealfuneralhome.net.