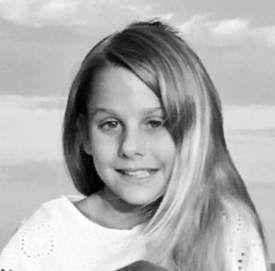 She was a native of Loretto, TN, and a 5th grade student at South Lawrence Elementary School.

She was preceded in death by her grandfather, Jimmy Pennington.