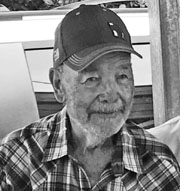 He was a native of Cumberland County, IL, retired owner of Hawkins Construction, and a member of Pleasant Grove United Methodist Church.

He was preceded in death by his parents, Virgil and Bernelda Anderson Hawkins.

A memorial service for Jack T. Hawkins were conducted at Pleasant Grove United Methodist Church at 11:00 a.m. Saturday, November 3, 2018, with Tommy Flood officiating. Condolences may be sent by way of our website at www.nealfuneralhome.net.