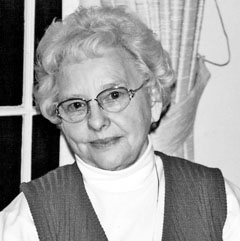 Martha Henkel Rogers, age 94 of Nashville and formerly in her youth from Loretto, Tennessee, passed away peacefully on November 1, 2018.

She entered this life on March 15, 1924 to the late Henry and Rose (Sandschulte) Henkel. She was the middle child of nine siblings.

She was preceded in death by her husband, Harold Selwyn Rogers; siblings, Adeline Fredebeil, Lucille Neidergeses, Ruth Parkes, Wilfred Henkel & Hubert Henkel. Martha was a beloved mother, grandmother and aunt  who will be sadly missed.