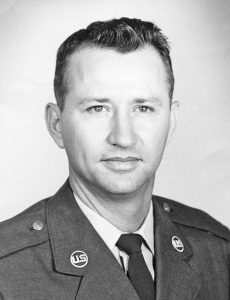 He was a native of Powell, AL, who honorably served his country in the United States military for 21 years, 6 years of which were in the Navy, and 15 years in the Air Force where he retired as a Master Sergeant, and retired teacher from the Lawrence County School System.  Mr. Hammond was a member of  the Tennessee Education Association, Retired Teachers Association, The Retired Enlisted Association, and Mars Hill United Methodist Church.

Funeral services for Cleo Hammond were conducted at Neal Funeral Home at 1:00 p.m. Saturday, November 10, 2018, with Billy Beal officiating. Interment followed at Lawrence County Memorial Gardens in Lawrenceburg, TN. Family suggests memorials be made to the America Red Cross.  Condolences may be sent by way of our website at www.nealfuneralhome.net.