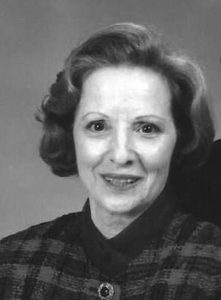 She was born in High Point, NC and was a loving wife, mother, grandmother and great-grandmother. She was an active member at First United Methodist Church, and worked as an LPN nurse at Moses Cone Hospital in Greensboro, NC for approximately twenty years.

Peggy will truly be missed by all who knew her. She will be remembered for her kindness and devotion to others. She and her family want to especially thank the staff at NHC Scott and Caris Healthcare for the special care she received in her last years. She said many times it was like being at a spa.

Funeral services for Peggy Bean Cooke  were held at Neal Funeral Home at 2:00 PM, with Bill Tankersley officiating.  Interment followed at Mimosa Cemetery in Lawrenceburg, Tennessee. Neal Funeral Home was in charge of all arrangements. Condolences may be sent by way of: www.nealfuneralhome.net.