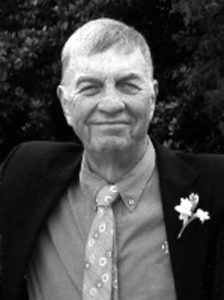 He was a native of Sheffield, AL, restored log homes, and was a member of Greenwood United Methodist Church.

He was preceded in death by his parents: Kenneth and Hazel Campbell Smith.

Willpenny Smith (Heather), both of Lawrenceburg, TN; eight grandchildren whom he loved dearly:

Shelby Burchell, Noah Burchell (Catherine), and Maddie Burchell, all of Columbia, TN, and

A celebration of life for Kenneth E. “Kenny” Smith will be held at Greenwood United Methodist Life Center at 2:00 p.m. on Saturday, December 01, 2018.  Family suggests memorials be made to Greenwood Youth Fund, c/o Brenda Burns, 177 Turnpike Road, Lawrenceburg, TN  38464. Neal Funeral Home was in charge of all arrangements. Condolences may be sent by way of: www.nealfuneralhome.net.