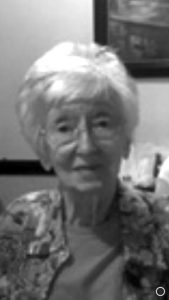 She was a native of Lawrence County, TN, retired from The Credit Bureau, former telephone operator for a number of years, and a member of First Baptist Church Lawrenceburg.

She was preceded in death by her parents: Jim and Elizabeth Adair Pullin; her husband: Carl Tomerlin; one daughter: Janice Carol Tomerlin; and one brother: Donald Pullin.

Funeral services for Regina P. Tomerlin were conducted at First Baptist Church Lawrenceburg at 11:00 a.m. on Monday, November 26, 2018, with Jeff Vanlandingham officiating.  Interment followed at Mimosa Cemetery in Lawrenceburg, TN.  Neal Funeral Home was in charge of all arrangements. Condolences may be sent by way of: www.nealfuneralhome.net.