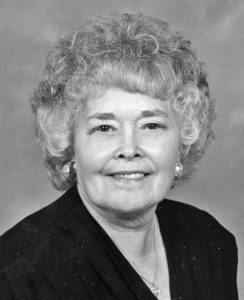 She was a native of Lawrence County, TN, retired from Murray Ohio, and a member of Meadow View Baptist Church.

Funeral services for Ivagene Vanderford Parrott were conducted at Neal Funeral Home at 1:00 p.m. Tuesday, November 27, 2018, with Charles Gresham officiating. Interment followed at Union Hill Cemetery in Lawrence County, TN.  Family suggests memorials be made to the Alzheimer’s Association, 478 Craighead Street, Suite 200, Nashville, TN  37204.  Condolences may be sent by way of our website at www.nealfuneralhome.net.