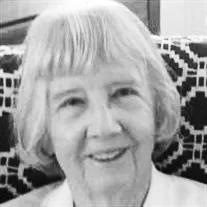 Geneva L. Scott, 88, of Goodfield, IL was called home to Heaven by her Lord Jesus Christ on Sunday, November 25, 2018 at her residence.

She was preceded in death by her husband, her parents, one infant grandson, two sisters, and one brother.

Geneva worked for Admiral for three years. Then she worked 37 1/2 years for Nestle, retiring in 1995. She was a member of the Good Hope Primitive Baptist Church in Leoma, TN.

Funeral services for Geneva L Scott were held Friday, November 30, 2018 at 10:30 a.m. at Argo-Ruestman-Harris Funeral Home in Eureka, IL. Elder Randy Webb officiated and Elder Dan Aders assisted. Memorials may be made to the Goodfield Fire Department. Online condolences may be sent to the family at www.argoruestmanharris.com.