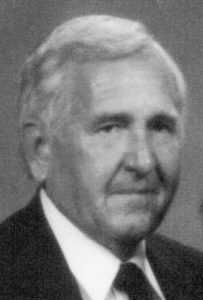 Osteen Smith, age 86, of Lawrenceburg, passed away Wednesday, November 28, 2018 at his residence.

He was a native of Lawrenceburg, TN, a construction worker, a farmer, and a self-employed contractor. He was a member of Deerfield Baptist Church.

He was preceded in death by his parents, Otha and Ivor Norwood Smith; his wife of 62 years, Jimmie Joyce Lay Smith; one brother, Kenneth Smith; and one sister, Omie Smith White.

Funeral services for Osteen Smith were conducted at Neal Funeral Home at 2:00 p.m. Thursday, November 29, 2018, with Tony Gordy officiating.  Interment followed at Mimosa Cemetery in Lawrenceburg, TN.  Condolences may be sent by way of our website at www.nealfuneralhome.net.