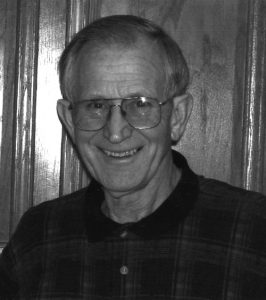 Ernest Howard Turnbow was born June 5, 1936, in Hohenwald, TN.  He passed away after an extended illness Saturday, December 8, 2018, in Lawrenceburg, TN at home with his family by his side.

He was retired foreman/plant manager from International Paper and a member of Salem Church of Christ.

Funeral services for Ernest Howard Turnbow were conducted at Salem Church of Christ at 2:00 p.m. on Monday, December 10, 2018, with Larry Murdock and Keith Barnett officiating.  Burial followed at Pleasant Grove Cemetery in Lawrence County, TN.  Family suggests memorials be made to Salem Church of Christ, hospice, or the animal or wildlife organization of your choice. Neal Funeral Home was in charge of all arrangements.