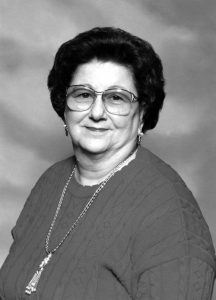 She was a native of Lawrenceburg, TN, a homemaker, and a member of Deerfield Baptist Church.

She was preceded in death by her parents: Jim and Ludy Thomas; one brother: James Thomas; and two sisters: Maxine Alley and Tessie Belle Byrd.

Funeral services for Elnora Thomas Gobbell were conducted at Neal Funeral Home at 1:00 p.m. on Wednesday, December 26, 2018, with David Gallaher and Bobby Gobble officiating.  Burial followed at Lawrence County Memorial Gardens. Neal Funeral Home was in charge of all arrangements. Condolences may be sent by way of: www.nealfuneralhome.net.