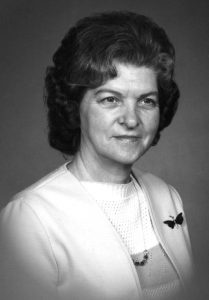 She was a native of Lawrence County, TN, a homemaker, a member of Meadow View Baptist Church, and a member of Lawrenceburg Chapter #103 Order of the Eastern Star.

She was preceded in death by her parents: Marvin Roe and Lula Emmaline Jester Rooker; and her husband: Donald Thomas Taylor, Sr.

Funeral services for Eridene Rooker Taylor were held at Neal Funeral Home at 11:00 a.m. on Friday, December 28, 2018 with Jimmy Nave officiating. Burial followed at Gum Springs Cemetery in Lawrenceburg, TN. Condolences may be sent by way of: www.nealfuneralhome.net.