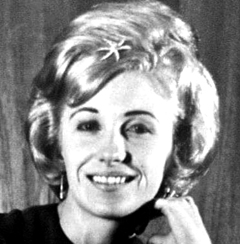 Frances E. Franklin of Lawrenceburg, Tennessee passed away at St. Thomas Rutherford Hospital on December 26, 2018 at the age of 77.

She was born April 4, 1941 to the late Frances Russell and Esther Major Russell in Detroit, Michigan. She was a licensed LPN who later worked as a waitress at Shoney’s and Brass Lantern in Lawrenceburg. She was Kip Moore’s (a local country music singer) greatest fan- always front and center at his concerts. He often referred to her as “My Girl” during his shows. She wasn’t a stranger to feeding stray cats! She was very giving and dedicated to her family. She loved her Christian faith and watched church services all the time on TV.

A Celebration of Life was held at 3:00 p.m. on Saturday, January 5, 2019 from at Gum Springs Baptist Church in Lawrenceburg, Tennessee for all close family and friends.

Williams Funeral Home was in charge of all arrangements. Condolences can be offered online at: www.williamsfh.com.