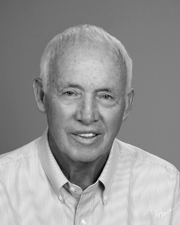 He was a native of Lawrenceburg, TN, retired from Murray Ohio and Lindsey Mfg. Company.  He was also a member of Lawrenceburg Lions Club, Alabama-Tennessee Bass Club, and Coleman Memorial United Methodist Church.

He was preceded in death by his parents: Alfred and Louise Elizabeth Lay Ray; one brother: Terry Lee Ray; and one sister: Phyllis Ray.