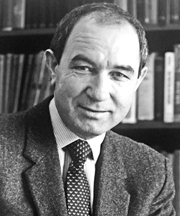 Carlton Charles Rochell, Sr., age 85, passed away after a brief illness on Dec. 23, 2018, at Vanderbilt University Medical Center in Nashville.

Born Nov. 2, 1933, in Lawrenceburg, Tenn., Dr. Rochell was a Navy veteran who graduated from George Peabody College for Teachers in Nashville. He earned both M.S. and Ph.D. degrees in librarianship and political science from Florida State University. He also did postgraduate work in urban studies at Georgia State University.

In the early 1960s, as a public librarian, Dr. Rochell fought passionately for equal access to city libraries in Hattiesburg, Miss., and Anniston, Ala. He was director of the Atlanta Public Libraries from 1968-1976, where he ran a successful bond referendum that financed construction of a new central library designed by Marcel Breuer.

From 1976-1999, Dr. Rochell served as Dean of Libraries at New York University. During his tenure, NYU’s library became a leading research center and an international model of applied advanced technology, where one of the nation’s first online catalogs was developed. He was the author of books on library services and information technology, and served as a counselor to the American Library Association as well as Board Chair of the Research Libraries Group.

Dr. Rochell was a leader and an innovator, an intellectual, a beloved boss to the many men and women who served under him, a lover of animals, and a devoted companion, father, and grandfather.