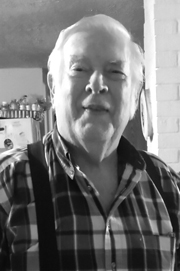 He was a native of Lawrence County, TN, retired owner of The Parts House, and a member of Highland Methodist Church.

He was preceded in death by his parents: Floyd and Lula Byrd Prince; and one brother: Wade Prince.

Funeral services for Charles Edward Prince were conducted at Neal Funeral Home at 1:00 p.m. on Monday, January 21, 2019, with Rich Houston officiating.  Interment followed at Highland Cemetery in Wayne County, TN. Neal Funeral Home was in charge of all arrangements. Condolences may be sent by way of: www.nealfuneralhome.net.