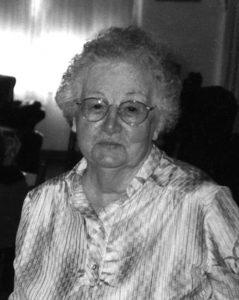 She was a native of Lawrenceburg, TN, a homemaker, and a member of Pea Ridge Church of Christ.

She was preceded in death by her parents: James Edward and Ona Dean Johns Moore; her husband: Coleman Vandiver; one son: Ronnie Vandiver; two brothers: Rayford Moore and J. W. Moore; and one sister: Waymon Vandiver.

Funeral services for Eddie Sue Vandiver were conducted at Neal Funeral Home at 11:00 a.m. on Monday, January 21, 2019, with Dan Buie and Doug Payne officiating.  Burial followed at Houser Cemetery in Lawrence County, TN. Family suggests memorials be made to Pea Ridge Church of Christ. Neal Funeral Home was in charge of all arrangements. Condolences may be sent by way of: www.nealfuneralhome.net.