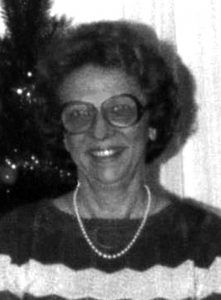 Mrs. Sims was a native of Wilson County, TN and was a retired machine operator at General Motors.