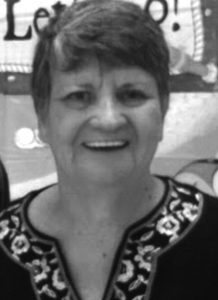 She was born in St. Joseph, raised in Lawrenceburg, graduated from Lawrence County High School, and worked in Government Offices as she accompanied her husband for 24 years of military.  She retired as Patient Business Director and CFO of OB/GYN of Alabama in Florence. She was also a member of Sacred Heart Catholic Church of Lawrenceburg.